Paolo Herras, who writes both graphic novels and screenplays, met with me last September in a coffee shop in Eastwood Mall in Quezon City. After the interview we went to the Meganon Comics both at the nearby comics exhibition. His work makes some interesting connections with the supernatural in pre-colonial Filipino culture. 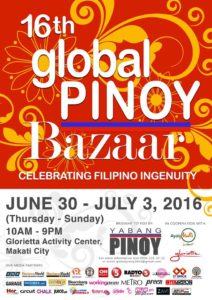 Filipino comics or graphic novels live in a fringe arts community and only appear during local comics events. This year our group, Meganon Comics, along with other comics creators, created the KOMIKET, the Filipino Komiks & Art Market. A lot of us are only available at these pocket events and on Facebook. We were reaching the same group of readers and selling the same number of issues, so we wanted to branch out.

The comics community consists of students, yuppies and a handful of local comics “super readers.” Most of us are hobbyists. Only a few rely on comics as a source of income. People create comics as a way of getting their stories across. It’s very pure, and that’s why it’s also very beautiful. It’s work made by the community for the community. That’s why we greatly appreciate it when people buy our work, or when we meet new readers.

Our work is very much influenced by mainstream comics from the West, like Marvel, DC, Image, Vertigo, Archie, Asterix/Obelix and Tintin, which appeared in comics bookstores. Then in the 90s we had the influx of animation and manga from China and Japan. At first, locally produced work was highly derivative, and then each artist developed their own unique, distinct style added with local flavor. What makes the comic book Filipino is the melting pot of these influences—the story.

One of the successful ones available in bookstores is Trese (Thirteen). This is a noir-type detective story of supernatural crime. Another is Zsazsa Zaturnnah, whose lead character is a gay beautician who swallows a big enchanted stone and turns into a female superhero. These books made it into mainstream publishers and bookstores, and some even crossed into musicals, theater and film. The winner of the 2015 National Book Award is Rodski Patotski, about a genius baby who turns into a beautiful young lady and loses brain cells when she falls in love for the first time.

After these creators have been exhibiting at local comics events, have enough material and have gained popularity, they get picked up by a mainstream publisher or self-publish their work. Publishing your work is still one of the best platforms for wider reach.

Meganon Comics registered as a publishing company in 2014. When we were planning we said, “Okay, if we print a run of 1,500 books how are we going to sell them? We don’t want to spend so much without knowing how we’ll earn our money back.” We were lucky to get a booth at the Manila International Book Fair. Fully Booked [a bookstore chain] also wanted to carry our titles.

When we launched at Fully Booked we partnered with some of our friends who also publish their books, like Aaron Felizmento and his sci-fi material, Minkowsky Space Opera and Gwapoman 2000. We also got picked up by Lazada.com, so we’re available online.

We printed our titles with the initial fund of the comic book sales, the zines and our own savings. Sustainability is always an issue. We decided to publish five titles this year. Since graphic novels are both literature and visual art, we’ve been attending both art & literary fairs.

We are always happy and grateful to meet people who support us and invite us to their own events. That’s how we grow.

Comics are an impulse market, so you never really know what will sell at a particular event. The three target markets are students, yuppies and parents with kids. The major genres are humor, supernatural, action/fantasy and romance. Because of the adult coloring book craze, we created Comicolor, a thirty-six page coloring book which features the different art work of our graphic novels.

So what do you write?

Each of my work is different, but they’re all rooted from my writing journey in creative writing, film and advertising. Conceptually, a lot of my stories are rooted in defining, redefine or familiarizing myself with my cultural identity. That’s why it goes back to a literary play on the supernatural or magic realism. The Philippines is a country that is still rooted in a tradition that believes in the supernatural or the spiritual. We treat our patron saints like spirit-protectors.

I’m really interested in Filipino themes. I grew up in an English-speaking home, with my grandparents, who were raised in the American period. We didn’t speak Filipino at home.

The Boy with Capiz Eyes. Capiz is a translucent sea shell you see in Filipino light fixtures or fixed on windows. The story is about a disobedient little boy who was sent to his grandmother in the province. He angers a forest spirit, who gives him eyes made out of capiz. The eyes give him the ability to see the spirit world. He learns how to respect nature and traditions. So it’s a story like the emperor’s new clothes because you don’t see the traditions if you don’t know them. Strange Natives embodies the Filipino trait of not being able to see the past, our traditions and our connections.

Buhay Habangbuhay explores how one can discover a new life after the death of a love life. Here, death means change. The heroine is a white lady ghost when she’s happy or peaceful and she’s dark when she’s angry or emotionally negative.  It shows that people aren’t just white or black, they’re both. The message is about choosing to be a being of light.

You also do film?

Yes. Buhay Habang Buhay was just turned into an indie film at the 2nd CineFilipino Film Festival held in March 2016.

Where are you giving workshops?

I taught the Comic Book Creator’s Workshop under the Komiket University last June and we’ve just started this May at Fully Booked BGC. We might have one in Cebu this November. So we hope to inspire other creators to tell their stories. Storytelling is for for everyone. We all have stories we’d like to tell the world.